Which Domestic Violence Movie are YOU? 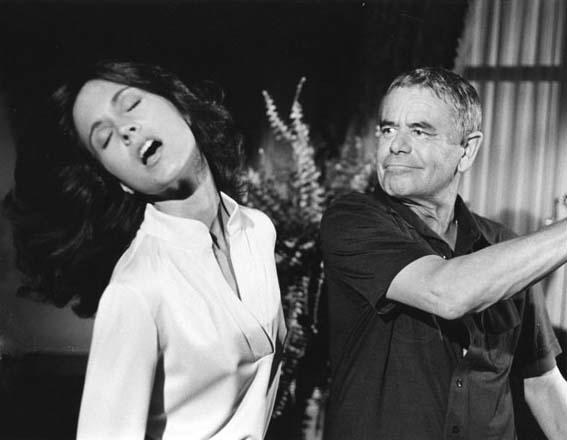 My fiance’ was in an abusive marriage before I met her. Her ex-husband is like the King of Douches. How can I deal with this problem without involving police, or at least becoming a suspect?

Haha. Sucks to be you! Here, you thought you were just settling in for some easy regular action. Now, you’ve gone and gotten yourself in the plot of a Lifetime movie. On the plus side, at least you’re banging Valerie Bertinelli.

There are two main reasons a dude beats his woman. Either she taped over the Super Bowl with some RuPaul Drag Race bullshit, or the dude’s got a dick about the right size to fill an ant’s twat (and still leave room for a reacharound). Since you didn’t fess up to beating her any, too, we’re gonna have to guess it’s the latter.

So, here’s the other part that sucks for you. Lifetime movies always end the same way. Someone burns a bed, and your ass gets sent to the pokey. Now, if this was HBO, there’d be an insurance policy out on you, and she’d be banging Christian Slater.

Let’s take a little quiz, and see just which movie you’re in. Don’t anybody go and steal my thunder and start a Facebook “Which Domestic Violence Movie Are You?” quiz, either. I’ve got dibs on that shit.

Is your fiancee…
Attractive? (1 point)
Uglier than Blair’s retarded cousin from the Facts of Life? (3 points)
Ridiculously Hot? (5 points)

Are you…
As dull as the token cartoon “good guy?” (1 point)
More afraid of your fiancee than of him? (3 points)
One of them sensitive drama teacher types? (5 points)

Now, add up your score, and let’s see how you did.

1-5 points:
You’re Beauty and the Beast.
Dude may talk some mad shit, saying “I can change!” but all in all, you’ve got nothing to worry about. Your problems are G-rated.

6-10 points:
You’re The Color Purple.
You may feel like you want to like you want to cut the dude’s junk off while he’s sleeping, but he ain’t worf it, Miss Seeley. Call that dude’s bluff one time, and he’ll be all apologetic and sending her flowers. If he starts sending you flowers, then that’s a different movie, entirely. Sleep with one eye open and, whatever you do, don’t drop the soap.

11-15 points:
You’re Sleeping With the Enemy.
Dude, you’re fucked. There’s gonna be bullets flying, and one of you is gonna die. You’d better take that woman to a shooting range, because it’s gonna be all up to her at the end, while your ass is knocked out on the floor.

Now that you know what you’re up against, there’s only one thing left to do. RUN! While you still can.