Will Beg for Caviar 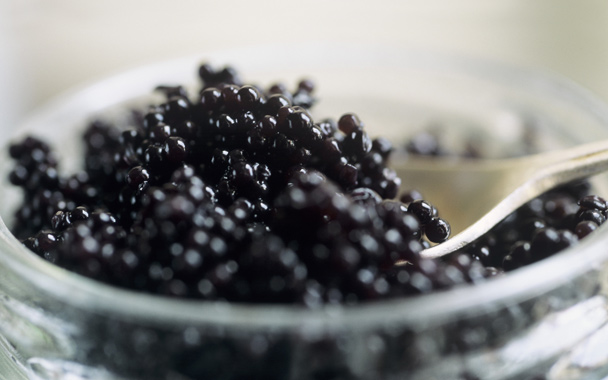 don’t misread me, i give up my seat to old people and if a bum says he just wants money for some booze, i’ll buy him a fo’ty. i am super so nice.

but just now, having dinner, i was approached by an aggressive panhandler. an old woman, healthy and reasonably articulate, well-groomed except for very sketchy dental structure. whilst she was enjoying strawberry shortcake, she asked my boyfriend and i if we needed “anyone to help around the house”. she was homeless, had been for some time and was truly desperate. this is a growing segment, middle-aged and middle-class women who find themselves living out of their cars after a divorce or job loss, too proud to go on the dole and utterly without a safety net. i am sympathetic.

but, it quickly became clear she wanted help on very specific terms. she wanted someone to let her move in, but she wouldn’t consider doing childcare or adult care. she wanted to work at a casino, but they wouldn’t hire her all toofless. what about telemarketing, i asked? it’s decent money and they don’t give a crap how you look. “oh, no. i am not interested in that sort of thing.” this, after a monologue on how hard it is, how finding a place to poop is the number one priority and desperation is redefined in terms of basic survival.

oooookay, lady. you know what? i’ve been hungry, i DO know what desperation tastes like and it ain’t strawberry shortcake at a sidewalk cafe. if you are truly desperate, any occupation that does not involve sucking dick in an alley looks mighty interesting. i have a brother who will ask me for money after he enjoys a champagne brunch, and i gotta say: what’s with the sense of entitlement? why do these people think that i work to provide luxuries – not necessities – to them?

i started walking away. then she gave me the number for the fraud task force unit at the police station, should i ever suspect i was being hustled. gee, thanks ma’am! best of luck getting the sand out of your wrinkled labia.

Ahh, ain’t America grand? While much of the world is happy to have a job makin KATHY LEE t-shirts for a bowl of plain rice a day, and drink their bathwater for the additional nutrients, our society’s become so spoiled, that even the mothafuckin homeless are demanding caviar and fuckin’ Cristal. Shit, in my day, if we were hard up, all we’d need was a bottle of Thunderbird and a packet of Kool Aid. Or a goddamned bottle of Everclear and a bottle of anything else. Kool Aid, OJ, Rhinelander, whatever the hell you could mix that shit with, you would. And we fuckin’ loved it. Because it got the job done. What was the job, exactly? TO TAKE THE MOTHERFUCKIN PAIN OFF.

Shit, if you’ve ever hidden from the goddamned landlord, if you’ve ever rooted through the sofa for change to buy a pack of fucking smokes, then had to light those smokes off of the stove… an ELECTRIC STOVE, if you’ve EVER EATEn RAMEN SURPRISE FOR TWO FUCKING WEEKS STRAIGHT AND LOVED IT, you’ve got no goddamned sympathy for a mothafucka being all demanding about wanting help then telling you how they want it.

SHITDAMNMOTHERFUCKER I can testify that govament cheese not only makes a mean ass grilled cheese sammich, a stellar mac n’ cheese, but that shit also makes an excellent caulk to repair your whole fuckin household. Shit, when I was little, I lived in a mothafuckin trailer HELD TOGETHER by govament cheese and DUCT TAPE. IN MORE WAYS THAN ONE, GODDAMNIT.

So who’s to blame for all of this? Yep. You guessed it. LADY AND THE TRAMP. In one fucking scene, Disney changed the whole landscape of American beggary. GODDAMNIT I DON’T WANT SOUP KITCHEN FOOD! I WANNA MOTHERFUCKIN ‘SGHETTI AND MEATBALLS!

Shit, it’s rampant in our society. We’ve all developed such a sense of fucking entitlement, we expect the whole fucking world to just be handed to us on a silver mothafuckin’ platter. I WANT MY PSP! YOU BOUGHT ME THE BLACK ONE, I WANTED THE WHITE ONE! I HATE YOU, MOMMY!

Christ. We really are doomed.