Murray’s 12 steps to cure you from being a DICK 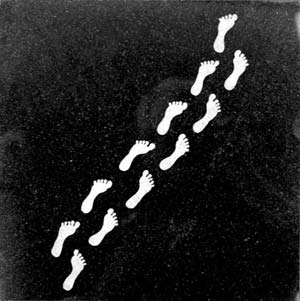 Do you have much knowledge or thoughts on 12 step programs?

One of my questions, can you recover from addiction to crack cocaine but be able to drink socially at some point?

I did once bang someone in a 12-step, though, which makes me infinitely qualified to make fun of it.

There is nothing better to talk about on St. Patrick’s Day. If you plan on drinking green beer tonight, 12 steps aren’t enough. Bitch, you’re like 1/100th Irish, twice removed by adoption. Save it for May 5, when you go down to the old wing bar to celebrate Mexican Independence Day with all the other assholes. Mexican Independence Day is in September, by the way.

I know you may feel like if you pop open a beer, it will be like opening the box in Hellraiser. Pinhead is going to pop out and say CHOOSE YOUR FATE, and you’ll wake up 37 hours later, with no clue where you are, and bleeding from the anus. I only have one thing to say about that. What the hell are YOU drinking? I gotta get me some of that!

So you can forget all that bullshit. If you wanna join up with that shit, you might as well go all out and sign up for one of those cults where you castrate yourself and let the leader bang your wife and daughter, because, well, he plays GUITAR.

Murray’s gonna help you out. I’ve devised a 12 step program, guaranteed to help you break the addiction. Here we go.

Step 1: Don’t be a dick. No, really. Don’t be a fuckin’ dick. Look in the mirror and ask yourself: “do I look like a dick?” If the answer is no, ask someone else. If they say no, come ask me. The answer is ALWAYS yes.

Step 2: Floppy Dong Hat. Yeah, you could go apologize to whoever you were a dick to, BUT THEY ALREADY KNOW. So you need to let the world know that you’re a dick. The floppy dong hat works just like a dunce cap, but have you ever tried creating spreadsheets with a big rubber frenelum smacking you in the face? I have, and the truth is that it’s less of a soul-killer than doing them without the dong.

Step 4: The Sober Roast. You’re just not getting it. Time to let everyone else show you. Get a bunch of people together who hate your ass, and they get to make fun of you, smashed off their asses. The only catch is that YOU can’t drink a drop. No, your ass is gonna feel what it’s like to babysit a whole room full of drunken assholes, MUCH LIKE YOURSELF.

Step 5: Waterworks. No, I’m not talking about a sequel to that shitty movie Waterworld, unless Kevin Costner’s vision included your sorry ass sobbing uncontrollably in the shower, cupping your balls with one hand, whilst wiping snot bubbles from your nose with the other. Come to think of it, if you’ve ever seen Waterworld, that’s probably exactly the fucking sequel he had in mind. Take that shit into the shower. We don’t need to see that shit.

Step 6: Man the fuck up. You feel better after your little cryabout? Well, it’s time to buck up, because now you’re not only an asshole, but you’re a crybaby asshole. Is it still illegal to abort in the 163rd trimester?

Step 7: The Lucky Step. Hey, I was gonna charge your ass for this step, but it’s your lucky day. You’re getting this one for free. What? You want advice? I’m already giving you this one for FREE. Goddamn. Want. Want. Want.

Step 8: Use Your Forces for Good. Hell, you’ve worn the dong hat, you’ve been made fun of, you’ve even cried, and you’re still an asshole. Donate some of that to charity. You’re a legendary asshole in your town. Volunteer to man the old “Throw a mallet at the asshole” booth at a local fundraiser. You’ll bring in millions.

Step 9: Drink something else, for piss’ sake. So, when you drink whiskey, you’re a total asshole. When you drink wine spritzers, you just start bitching about everyone’s fashion choices. Better yet, go for something harder than whiskey that will knock your ass out even FASTER. The faster you go unconscious, the less time you’re spending being a DICK. Everyone wins.

Step 10: The Lockjaw. Wire that shit shut. You’ve been given too much free will, and you can’t handle it. So close that mouth up, for good. You’ll still be able to drink all you want, through your little sippy straw, but none of us will have to listen to your bullshit!

Step 11: The ‘Don’t Daddy, it Hurts!’ Remember when you used to get all drunk and beat on your kids? Well, that kid is 6’3″ now, and your jaw is wired shut, so nobody will even hear you scream.

Step 12: Just accept it. Face it, dude. You’ve tried it all, and you’re still a dick. Water finds its own level, and your level is underground, in an outhouse. You always have, and always will be, a total dick. It’s ok. The world needs dicks to make the rest of us look better. Keep on keepin’ on.