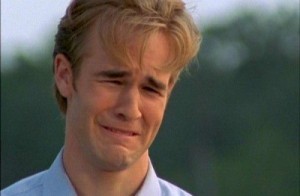 I already know the answer, because I am a nice guy, but I think it would be entertaining and informative to hear your point of view. Thanks.

Well, this just may be the most redundant question ever. Why do nice guys finish last? BECAUSE IT’S SO GODDAMNED EASY TO PUSH YOU PUSSIES AROUND! You remember when you were a kid, and someone kept pushing your ass down and take your ice cream? Well, I’m here to say “so long, and thanks for all the free ice cream.”

Yeah, right. You’re sending up all the red flags, buddy. No dude is gonna call himself a “nice guy,” with a straight face, unless it’s all a trick. “Yeah, yeah. I’m a nice guy, so you should totally feel safe enough around me to get really drunk and take off all of your clothes and just snuggle with me. I won’t do anything, PROMISE.”

If you’re really a nice guy, you don’t have to tell anybody. Take me, for example. It’s universal knowledge that I’m one of the sweetest, most caring individuals you dirty little cocksuckers are ever gonna meet! See? I don’t have to say shit.

Most “nice guys”, though, don’t know the difference between being “nice” and being a total pushover. Nice guys finish last because they believe a woman when she says “let’s be friends first.” “Nice guys” think that no matter how many stories she tells about the dumb motherfucker she wants, one of these days, she’s gonna wake up and see what she’s already got. Wake up, dude, what she’s got is a fucking lapdog. Lapdogs are fun for fetching the paper and all that, but when bedtime comes, that bastard’s still going to be sleeping out on the back porch.

Nice guys finish last because they strive for last. If you can’t figure out the difference between a complete and total pushover and a bitter assprick, I sure as fuck can’t help.

I’m still not sorry about the ice cream.